And just like that, our little Ruby is one. 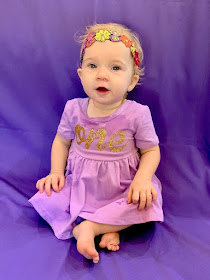 It’s been quite the year. 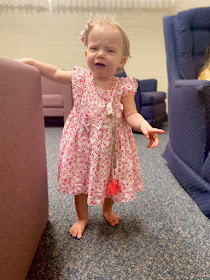 From the start, our Ruby has been a total miracle. Before I became pregnant, I prayed and fasted (intermittent) for 30 days, asking God to send me this precious little girl. Just the fact I was able to get pregnant at the age of 45 is a miracle, but then when I was 12 weeks along I took a blood test and was told with 100% certainty I was having a boy.

That was a big hit (my sixth boy, I wasn’t sure I could handle that), but I did my best to make peace with it when at a 20 week ultrasound, I was told, “Nope, not a boy, you’ve got a girl!” 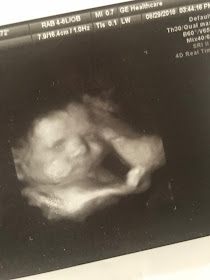 I literally felt like I’d been punked, but there her image was on the ultrasound screen, I was having the little girl I’d prayed for. 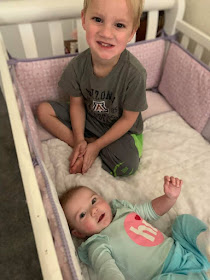 When I was 38-weeks pregnant, an ultra sound showed complications so that day I was sent to the hospital to have an emergency c-section! 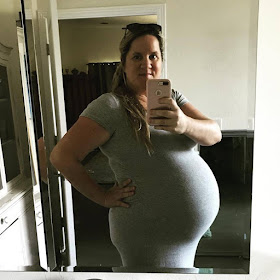 Everything went perfectly, not to say it was easy, but Ruby was born healthy and was finally in my arms. She was born with beautiful black hair and olive skin. 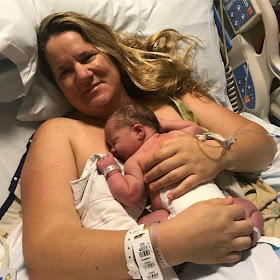 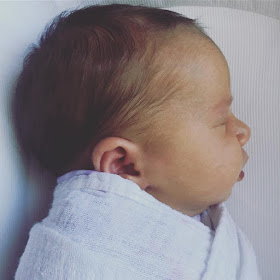 Canyon had been sick that summer and in the hospital, suffering from dangerous seizures and just 5 weeks after Ruby was born, he had another seizure and spent a few days in the pediatric ICU. 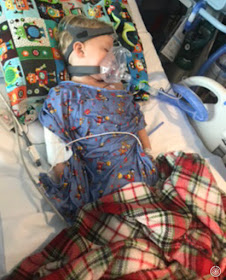 We were told he most likely had a terminal illness called adrenulukodystrophy. Canyon had 10 out of 10 symptoms and Christmastime was absolutely devastating to our family. 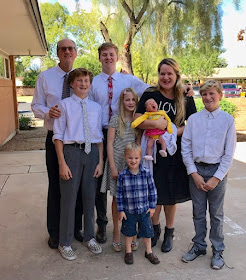 How long did we have with Canyon? How soon before he would he lose his eye sight, hearing, ability to walk, swallow and so on? How did people cope when they lost a child? 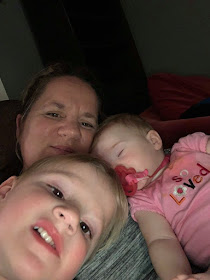 You can see his crossed eyes and drooping smile in this photo, which broke my heart. His words slurred, doctors detected a limp, he spoke with a lisp, it was devastating.

I was obsessed with research and read devastating accounts of children (most common in boys) who lost their lives to this terrifying white matter disease. I read medical reports and journals,, reviewed Canyon’s MRI, medical labs and doctors notes just looking for an inkling of hope. 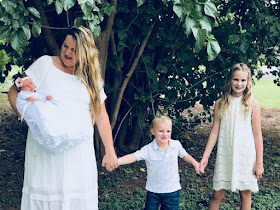 Prayers and fasting were plentiful. Derek and I were zombies, even having night terrors, barely coping, and just hanging on. 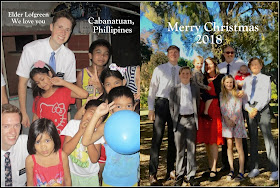 Our family had so many questions, but mostly just tears and an unknown future with our little boy, so we waited several months for answers to extensive blood work our pediatric neurologist was conducting.

Welcome to the world Ruby! 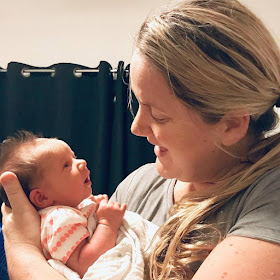 Also at Christmas time, I noticed in pictures was sending me from the that he extremely thin. had been complaining of stomach pains and after a trip to a Filipino hospital, it was confirmed he had h.pylori, Celiac disease and other complications. We had not told ’s possible medical diagnosis, but it appeared now we had two very sick sons. Would have to come home early from his mission? 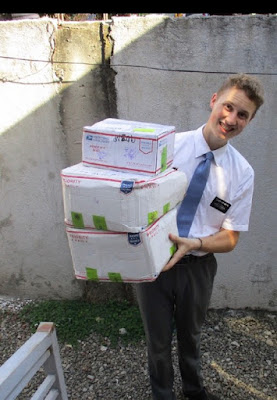 His clothes were hanging on him.

And there was Ruby, the sweetest baby sent to bless our family. 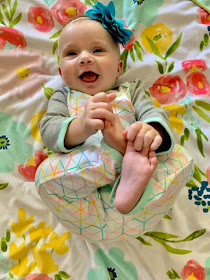 Then a plumber made some poor choices while working on the plumbing in our home, jack hammered through cement, ruined our pipes and we literally had trenches in our home. When he abandoned the job, we had one working bathroom and no working kitchen or laundry – for three months. All our tile had to be removed and almost every pipe in our home replaced. 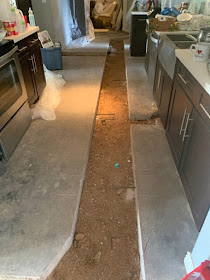 The engine in our Suburban went out and needed to be replaced.

Ruby’s first year has been full of ups and down, but let me tell you, this little girl is a very gracious, cooperative child.

She’s been an absolute joy, from her contagious smile to her love of everybody, she’s happy and healthy. She’s a great eater, loves baby Einstein and playing with her brothers and sister. I’ll never forget some of long, stressful days when I was sleep deprived and worried about how little energy I had to focus on her. 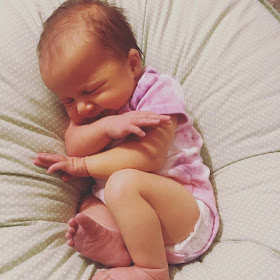 She never nursed. With so much going on, I was just getting through the days, but she brought so much sunshine that I’m certain she was meant to come at such a trying time to lessen the load and brighten our day. 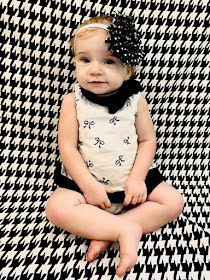 With so many prayers, fasting, acts of love, service and more, our family has received too many miracles to count. is home, married and still in recovery, Canyon is thriving, still undiagnosed, but does not have adrenulukodystrophy. A kind man in our church assisted us in all our home repairs and our suburban was still under warranty, fixed at no charge. I know God has spared us and granted merciful miracles. 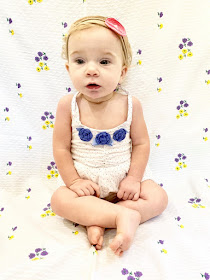 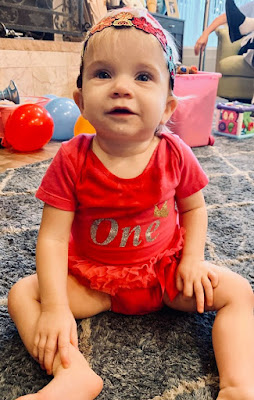 Ruby will not remember her first year, but I will. My prayer is that her spirit will keep the memories of all these miracles alive for her. 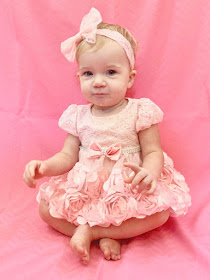 Ruby is a miracle and in just a year, she has been in the presence of so many more. Happy Birthday little girl! 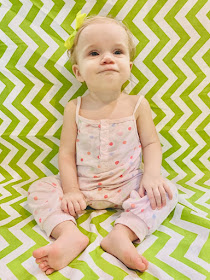 Here 1st birthday party was spectacular. I'll post about that in the next few days. That deserves a blog post of its own.
Laura Lofgreen at 2:48 PM 2 comments:
Share
‹
›
Home
View web version